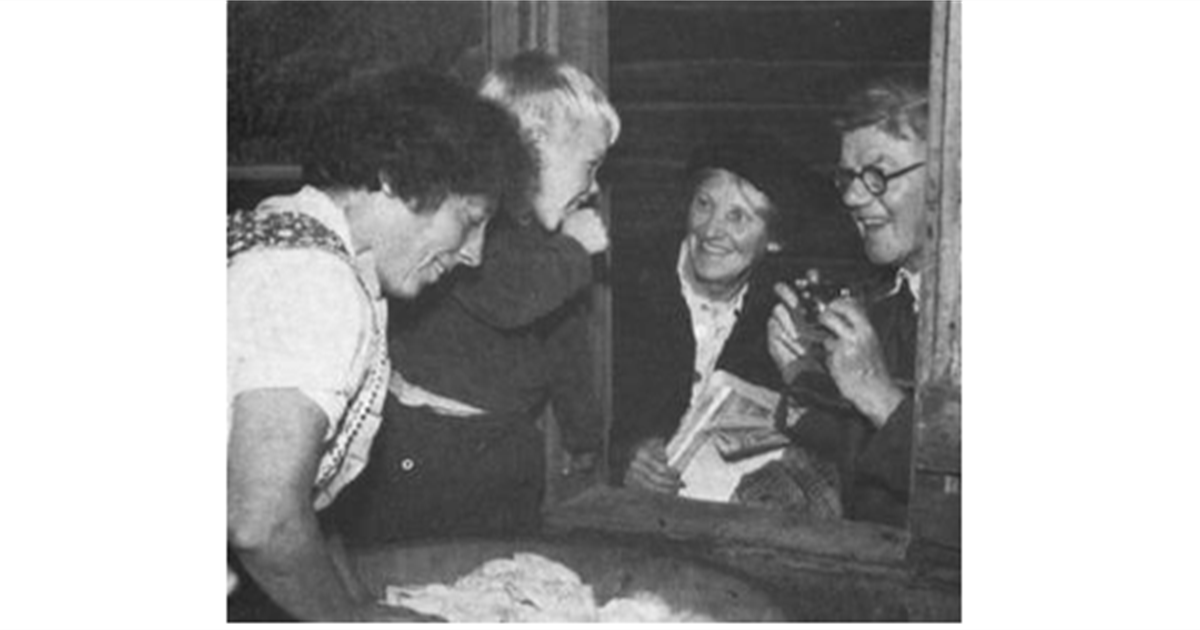 “A quiet warrior but a warrior none the less”

Today, 17th July 2020, is the 50th anniversary of the death of Lady Margaret Paterson Osborn and it’s an opportunity to highlight her contribution to the Garden City movement and the TCPA as a whole.

Lady Margaret, born Margaret Paterson Rob of Glasgow, was born in Glasgow on 31st August 1889. She graduated M. A. at Glasgow University at the age of nineteen. Her work as a teacher of handicapped children and in the slums of her native city aroused a passionate and life-long concern for the problems of poverty and environment. She had extensive knowledge of Scottish, English, American and French poetry and prose while keeping abreast of current affairs.

Lady Margaret married Frederic J. Osborn in 1916, whom she had met at a summer school of the Fabian Society. FJO’s biographers said that since they married, she had a salutary influence on this subsequent life. They lived ﬁrst in Letchworth, and in 1920 became a pioneer resident in Welwyn Garden City. Their first son, Tom, was the second child to be born in Welwyn Garden City.

Lady Margaret was a keen advocate of the Town and Country Planning Association and supported FJO’s work throughout his whole career. FJO made few major decisions without consulting her and she regularly read his memoranda before finalising it. Lady Margaret was a valued contributor to the Town and Country Planning Journal, travelled on TCPA study tours and attended many congresses of the International Federation for Housing and Planning. She was known and respected by planners all over the world.

She was a great asset to Welwyn Garden City and for fifty years devoted herself to the social welfare and educational and cultural interests of the new town. She was appointed a Magistrate in 1939 and served for many years as Chairman of the Matrimonial and Juvenile Court and of the Probation Committee. She was chairman of the Mid-Herts Education Executive and the Children’s Sub-Committee. In 1938, she conducted an inquiry into labour conditions in Welwyn Garden City. She was a strenuous advocate of Peace through collective security. Before the war, she was a keen member of the League of Nations and later was a founder member of the Welwyn Garden City branch of the United Nations Association becoming its President and in 1970 vice-president of its Eastern Regional Council.

She died on 17th July 1970, after a long illness and in her obituary in the Town and Country journal she gets talked about fondly: “Lady Osborn’s personal integrity, her cultivated and logical mind, her compassion, kindness, and charming sense of fun made her an outstanding personality. Her courage in the later years when faced with increasing physical handicap was inspiring. She was a quiet warrior but a warrior none the less, and the people of her own Welwyn Garden City have paid heartfelt tribute to her example and her inﬂuence. In its turn, Welwyn Garden City as a developing town must have contributed to her character and all of us in the new towns movement may feel some pride in the fact that a new town matured a person of this quality.” Lewis Mumford on receiving the news expressed his sympathy and said: “Margaret’s death dims our light as well as yours. I know no other woman, not even Sophia [Mumford’s wife] whom I admired more: the epitome of courage, clear-sightedness and magnanimity”

Lady Margaret and FJO were committed to the same cause, shared interests and many of their activities. They had a happy marriage with a relaxing domestic background for her two children both of whom were devoted to her, Dr Thomas W. Osborn and Lesley Margaret, then Mrs Roy Fenton. A Memorial seat to Lady Margaret Paterson Osborn was placed in the centre of Parkway.

In 1988, her children set up a charity in her and FJO’s memory. It’s registered as Lady Margaret Paterson Osborn Trust as a celebration of the 50 years of support, her capacity and her judgement which were crucial to FJO’s achievements which were often left unrecognised. We hope that by sharing her story, they will never be forgotten again.

Lady Margaret’s biography is written and shared in the context of the TCPA project “The forgotten pioneers – Celebrating the women of the Garden City Movement” that reflects on the role of women in the Garden City movement, and the New Towns story that followed.

F.J.O. and M.P.O. talk with Lilly Medin and her grandson Michael at their home in Västerås, Sweden in September 1954. The image was reproduced on the front page of the local newspaper Vestmanlands Läns Tidning during the visit.