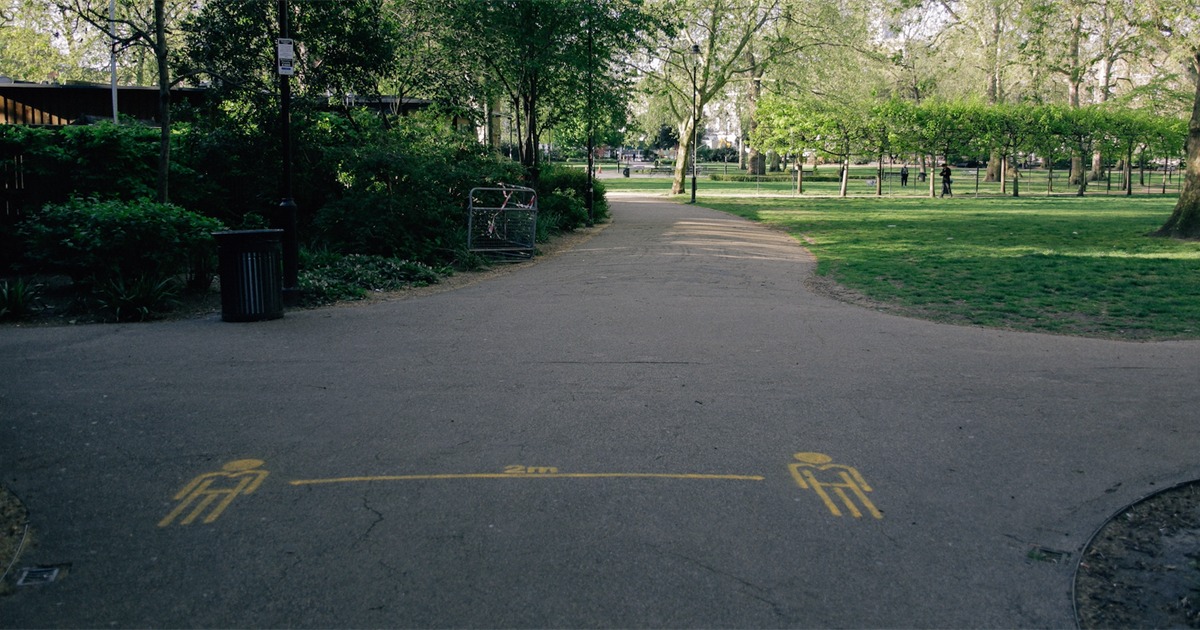 The Covid-19 pandemic has forced extreme changes to way in which we live our lives.  These are undoubtedly unprecedented times we’re living in and while the coronavirus pandemic presents huge challenges, the silver lining might be that it does also present us with a unique opportunity to redefine cities as places better able to support healthy, thriving communities.

We are already beginning to see how cities all over the world are extending spaces for pedestrians and cyclists on a level that would have been unthinkable prior to the current crisis, turning car-filled, polluted streets into pedestrian paradises, to aid social distancing and to allow people to exercise safely.  Last week, Brighton became the first city in the UK to authorise the closure of a major road for such a use.

For the first time in many places, pedestrians are being given priority.  Suddenly, streets are crowded with people, not cars, and thus road-traffic incidents and injuries to pedestrians have plummeted.  Freeing up road space eases the burden on public parks, particularly in densely populated areas, and provides much-needed outdoor public space for people without access to a garden.

Once dangerous levels of air pollution in major cities have also disappeared and skies appear bluer than ever before in recent history.  London has seen toxic air pollution fall by 50% at its busiest traffic spots with London Mayor, Sadiq Khan, insisting that such dramatic improvements to the capital’s air quality must continue once the lockdown has been lifted.  Views across London, once covered in smog, are now much clearer and asthma sufferers living in the capital have said they are breathing more easily.  Further afield, in some parts of northern India, the Himalayas can be seen for the first time in 30 years as the smog has cleared.

The need for social distancing is also having an impact on the way in which people travel around.  The reduction in traffic and car-free streets in inner-city areas is meaning that more people than ever before are taking up cycling.  Cities around the world such as Berlin, Mexico City and New York have taken to widening public cycle lanes to accommodate the increase in demand.

The current crisis is also a stark reminder of the importance of green spaces within cities.  While some are lucky enough to have access to a garden at home, for the vast majority – particularly in cities such as London – having access to local green space is a necessity, and the only way in which they can experience the outdoors during lockdown.

Looking ahead, how do we ensure that the improvements to air quality and access to public spaces continue after the lockdown is lifted?  The city of Milan in Italy may provide some answers.  The city’s authorities are anticipating a surge in the number of people choosing to drive (avoiding public transport) once the lockdown has lifted and, to prevent its roads from becoming overwhelmed, have announced that work will begin over the summer to build 35km of new cycling and walking infrastructure.  Among the measures being introduced are low-cost temporary cycle lanes, widened pavements, and 20mph speed limits, all designed to increase safety for pedestrians and cyclists and discourage car use.

There also needs to be renewed focus on green spaces within cities.  The Secretary of State for Housing, Communities and Local Government, Robert Jenrick, just last week called for parks across the country to reopen, recognising their importance for people’s mental and physical wellbeing.  Such rhetoric now needs to be backed by long-term funding for green infrastructure and supported by its recognition as vital infrastructure.  Green spaces within cities need to be well-connected and integrated with accessible pedestrianised routes that allow people to move easily between them.

So, as we look to return to a ‘new normal’ over the next few months, let us make sure that cleaner air, more accessible pedestrianised public spaces, and improved cycling and walking infrastructure are part of the solution in a post-lockdown world.