The publication of the Levelling Up and Regeneration Bill[1] finally allows us to take stock of what English planning will look like when the reformed system is implemented in 2024.  The mood music from the Government has been focused on the importance of strengthening community voices in decision-making.  So, while the Bill includes an eclectic mix of levelling up standards, devolution measures and extensive planning reforms, most of which are buried in complex schedules,[2] this analysis focuses on democracy and public participation as a litmus test of whether the Government’s rhetoric is matched by legislative reality.

On an initial reading of the Bill, three overarching themes stand out from the Bill in terms of the context of community participation. The first is just how hard it is to understand because of the failure to consolidate planning law for 32 years. There are amendments to amendments on the amendments. This is not conducive to the public interest in terms of transparent law making.

The second issue is the number of ‘Henry the 8th’ clauses which allow the Secretary of State to create entirely new parts of the planning system, for example ‘Street Votes[3]’, through secondary legislation. This inevitably reduces the scrutiny of measures which may have a fundamental impact on community rights but which we cannot understand from the primary legislation.

Finally, it is interesting that the legislation ignores so much of what communities and NGOs have been calling for on planning reform. There are no new measures which address the climate crisis. Nor are there any creative measures which might enable communities to deal with the climate or cost of living crisis.

In relation to democracy and the voice of communities the key clauses are 82, 83 and 84 and Schedule 7, which replaces wholesale the existing legal requirements on plan making. We believe these clauses fundamentally change the status and scope of local planning.  At present the local and neighbourhood plans[4] usually constitute the development plan for a local area. The new legislation expands this list[5] to include two new documents, a spatial development strategy and a supplementary plan, which will both have the same legal status as a development plan in decision-making. The idea of documents which can achieve joint strategic objectives or reflect more detailed design policy is welcome. However, in both documents the right to be heard for communities in the examination of these plans is either explicitly denied[6] or at the sole discretion of the examiner[7].

It is worth reflecting that the only meaningful civil right in the whole of the English planning process is the ability to object to and then be heard in person at the examination of development plans[8].  No legal rights to be heard exist for planning applications and appeal rights are only available for applicants.   If new documents are being introduced which will have the same legal power over local decision making as the local plan, we are concerned that this important civil right being denied.  The reality of the Bill is that communities will have no control over important strategic decisions or site specific design requirements.  They may have new and exciting opportunities to be digitally informed about these new documents, but they will have no meaningful way of testing the quality or content because they have no right of access to the key decision making forum of the examination.  As a result of these changes, it is difficult to understand the basis on which the Government has claimed that communities will have a stronger voice in planning.

The second major issue for local democracy is that the Bill radically reduces the scope of the local plan by centralising development management policy[9].  Development management policy is a vital means of implementing a positive vision for communities and makes up the bulk of current local plans.  This Bill allows for the wholesale centralisation of policy with no limitation to the scope or level detail of national policy[10].   In short there is no legal limit to the level of central interference in what is currently locally decided plan policy.    The Bill then elevates the status of this national policy in decision-making[11] by clearly making local plans subservient to the national policy when there is any area of doubt or dispute. This means that the balance of planning power has decisively shifted from local to central government which, combined with the deregulation of permitted development, leaves local authorities with much less influence with which to reflect the positive aspirations of communities on issues such as the climate emergency.

The requirements to consult on this new national policy are entirely at the discretion of the Secretary of State[12] and unlike National Policy Statements, which were framed by the 2008 major infrastructure regime, there is no parliamentary approval process.  The result is policy which will have much greater impact on local communities than any of the existing national policy statements but has neither effective community participation nor parliamentary scrutiny. The danger is not simply to local democracy, it is the suggestion that national government can credibly write detailed policy for our diverse communities which reflects local needs and aspirations. These measures create a special legal status for national policy, which would allow any future government to radically change local planning decisions with no adequate public debate or parliamentary scrutiny.

The Levelling Up and Regeneration Bill is a complicated mixed bag of measures, some of which will undoubtedly command parliamentary support in relation to the missions of levelling up and increased devolution. However, we believe, in its current form, the Bill would leave us with a planning system in England which is less democratic and does nothing to rebuild public trust. It would enable national government to decisively strengthen its control over local decision making. Which seems to contradict the stated ambition of levelling up to empower local leaders and communities and risks causing further anger and frustration from communities when they understand their increasing loss of power over their communities.

All of this is fixable with the right legal safeguards and clarifications. However, there remains an enormous task of re-making the current planning system to create the democratic and enabling framework which can meet the enormous challenges of delivering sustainable communities in the face of the growing climate crisis. In its current form, this Bill does not answer these questions and fails to secure that lasting democratic settlement which is so desperately needed by communities and business.

[4] Depending on whether you are in London or subject to other devolutions deals and accepting minerals and waste local plans.

About the author: Dr Hugh Ellis is the TCPA’s Director of Policy.

If you want to support the TCPA, please consider donating or becoming a member. 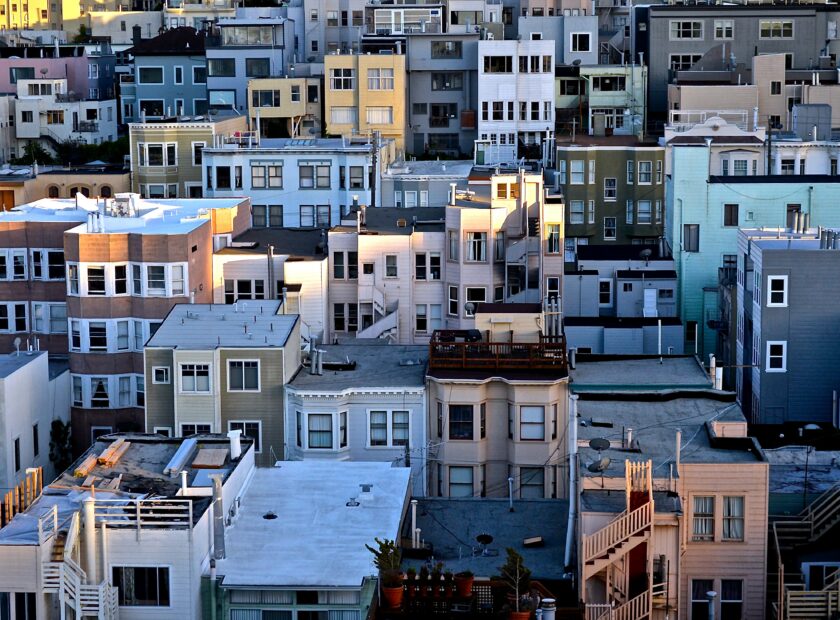 Healthy housing is a life and death issue that goes well beyond fire. The Building Safety Bill is at risk…