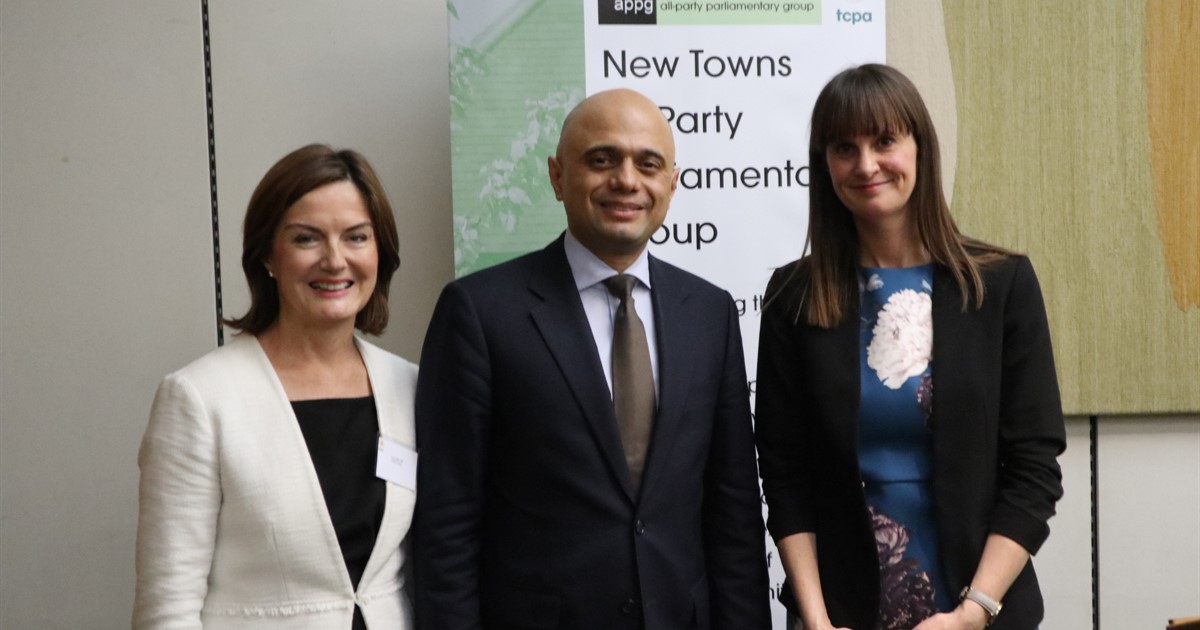 Yesterday evening (Wednesday 17 January) marked the launch of a new All Party Parliamentary Group (APPG) which has been established to highlight the growth opportunities, as well as the challenges, in Britain’s post-war new towns.

The Housing Secretary, the Rt Hon Sajid Javid MP, spoke at a Parliamentary reception to mark the launch of the new APPG, which was attended by leading planners, urban designers, housing associations and housebuilders, alongside MPs, senior government officials, council leaders from New Towns across the country from Warrington to Stevenage, and Telford business leaders.

Chaired by Lucy Allan, MP for Telford, the APPG will consider the successes and failures of existing new towns in order to learn from past mistakes and to help shape future government policy. The Town and Country Planning Association (TCPA) is providing the secretariat for the APPG and will provide expert knowledge on new towns and garden cities.

“I am delighted to have launched the All-Party Parliamentary Group on New Towns in Parliament alongside the TCPA and the Secretary of State for Housing.

“We all share a passion for the vision and ambition that the New Town movement represents and as the housing crisis continues, it is clear that new towns have an important role to play in Britain’s future and in the lives of the next generation seeking to build a better life.

“I know that the cross party group will be an effective champion for my constituency in Telford as well as other New Towns across the country.”

“The TCPA is delighted to be working with the APPG to shine the political spotlight on the growth opportunities, as well as the challenges, in new towns.

“The New Towns programme was the most ambitious large-scale town-building programme ever undertaken in the UK, providing homes and jobs for over 2.8 million people. As a set of places, they exhibit a range of urban successes and failures, with some among the fastest growing communities in the UK and others the among the most deprived.

“With the government supporting a new programme of garden cities, towns and villages, the APPG will provide a highly influential, cross-party forum to learn the lessons – good and bad – of past new towns to help shape future policy.”

During 2018 the APPG will be holding three high-level parliamentary roundtables on key issues: Providing high-quality homes in New Towns, now and in the future; Healthy New Towns – improving the health and wellbeing of New Town residents; and Unlocking skills, innovation and enterprise in New Towns. Key findings will be shared on the APPG website following the events.