17-02-20 – Fiona Howie, chief-executive of the TCPA, has written to the Prime Minister ahead of the Government’s much-anticipated White Paper on planning.

In the letter, the TCPA recognises the Prime Minister’s commitment to take radical action to lead the global fight against climate change. The letter goes on to urge the government to take this opportunity to make several significant changes to the planning system in order to enable it to meet its potential, specifically in its resilience to climate change.

The Association argues that the impacts of climate change are happening faster and with greater severity than anticipated, and that planning has a proven capability to build lasting resilience. However, more work is needed to build a strategic framework to deal with the impact of the at least 1.15 meters of sea level rise by 2100.

The letter goes on to identify three primary reasons why the planning system is not reaching its full potential:

Firstly, that national planning policy does not place action on climate change at its centre, meaning that carbon cutting ambitions and climate mitigation are often left as an afterthought.

Secondly, that investment is urgently needed in the skills and capacity of local government.

And finally, that the UK does not have the national organisation necessary to deal with the scale of the climate challenge.

Howie ended the letter by welcoming the opportunity to explore with the Prime Minister and his government how these challenges could be addressed.

Read the letter in full below: 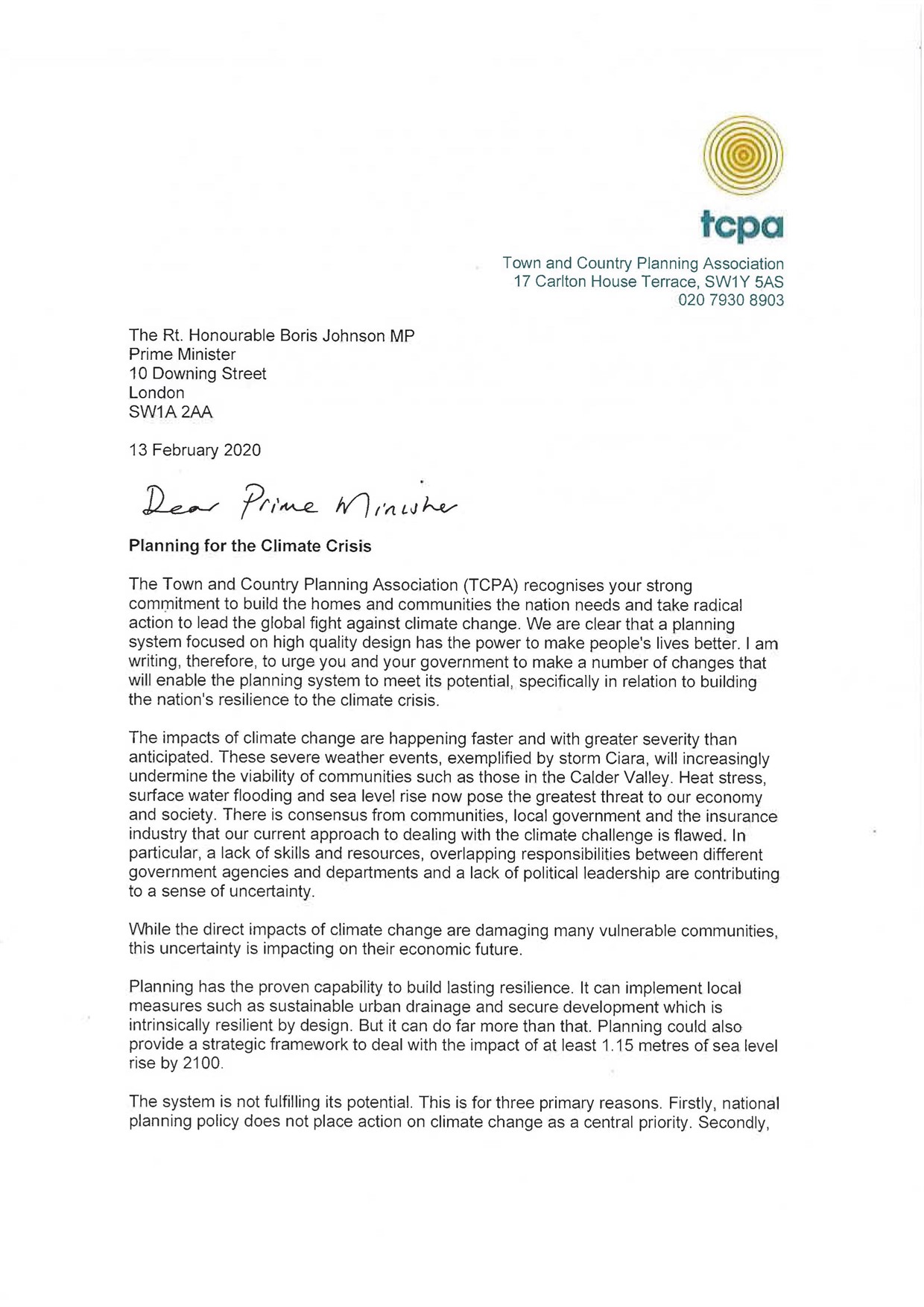 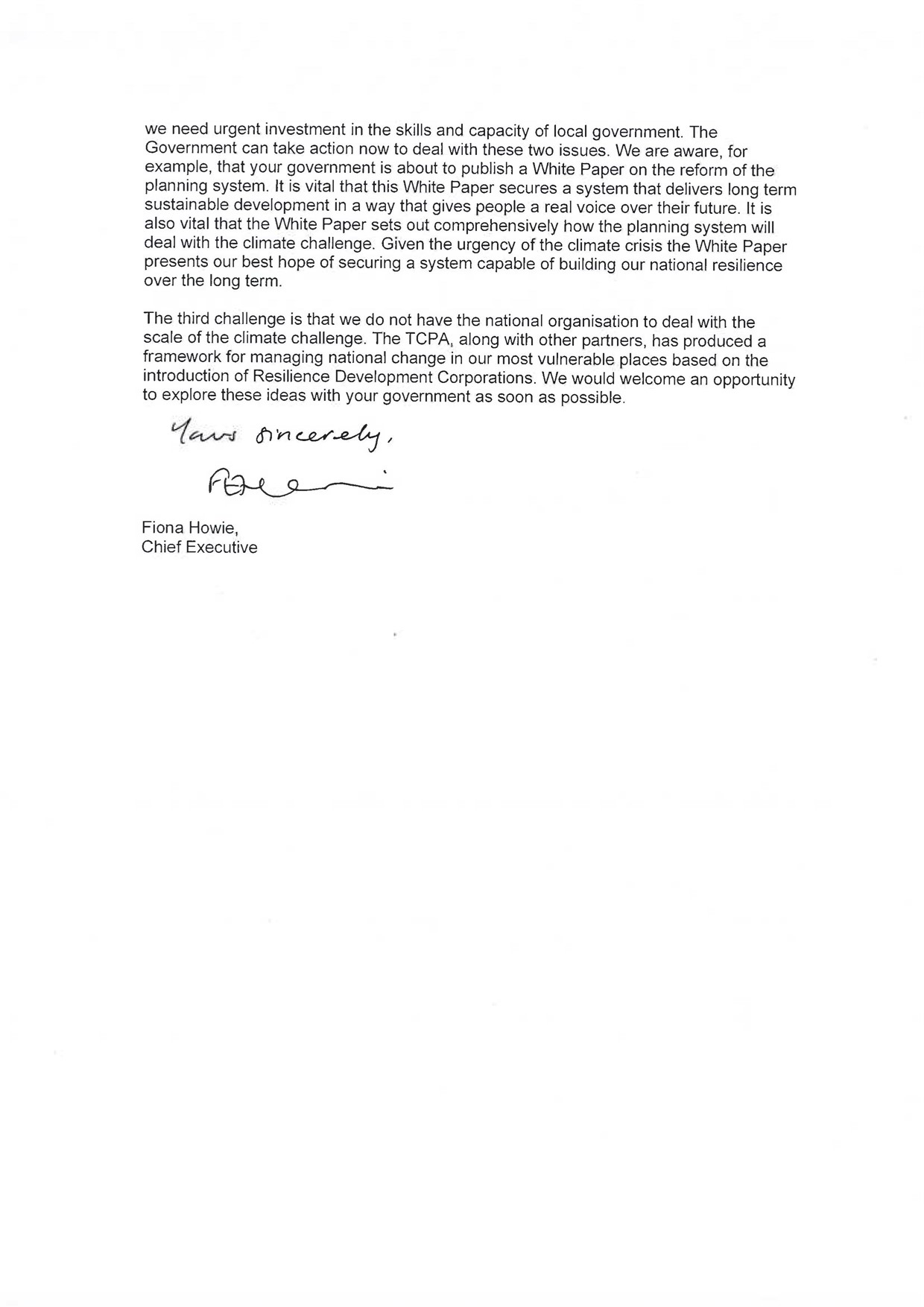